skip to main | skip to sidebar

(written mostly by Ike with a little help from Mom, Paul, and John :) 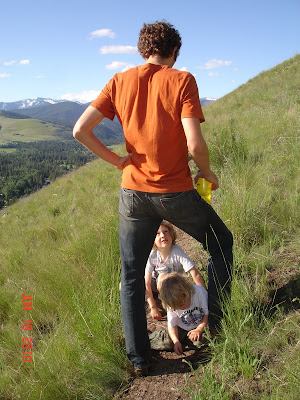 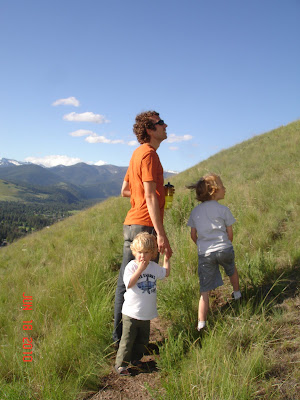 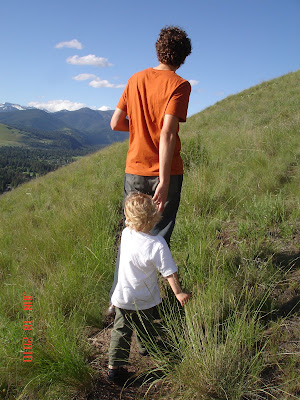 Today’s weather was absurd. Part of the day was clear and calm while other times the rain torrented down in gusty sideways sheets. It was during the deluge that Isaac’s school bus rumbled up the street to the stop, about four houses away.

Now, maybe this is a bad-mama disclosure, but I sometimes slack off when it comes to watching Isaac walk home (though I’m militant at watching him go to the stop in the morning). But today while the sleeted sheets pounded the house, I dutifully watched the bus come and my kindergartner disembark.

He looked so small. So fragile and umbrella-less. He clutched a blue plastic animal-covered bag that I knew held his special things from being Star of the Week. I hoped he would manage to run home, but he just wandered, disoriented.

I started to tug on my shoes to run out to him. When a voice of reason in me whispered, “Oh, he’ll be okay. It’s only 4 houses down—in fact, it will be 3 or 2 houses by the time you even get to him. He’ll make it on his own.”

But another instinctual voice—what I have come to recognize as my “Mama Bear” voice—overrode it, and I responded to the stronger urge that sprang from my breast to rescue my child.

I finished pulling on my shoes, hastily grabbed our neon yellow Pooh-bear umbrella, and sprinted out in the storm.

He hadn’t made it far. He was still several houses down, slowly making his way bewilderedly against a ferocious headwind.

I reached out my hand with the umbrella first, enveloping him protectively under it, and wrapped my other arm around him. He looked up at me. In his face: bliss. We half-ran together the rest of the way and shook ourselves off on the front step.

Later that night I eavesdropped as Isaac told his dad, “Today when I got off the bus it was raining so hard I couldn’t even see. And I was getting so wet! So I cried out to Mommy to come help me. And guess what. She came!”

Then he turned to me. “Did you hear me, Mommy?”

Isaac--in the most serious, non-joking way--just had to document what happened on our hike yesterday to Link (with a little help from Dad): 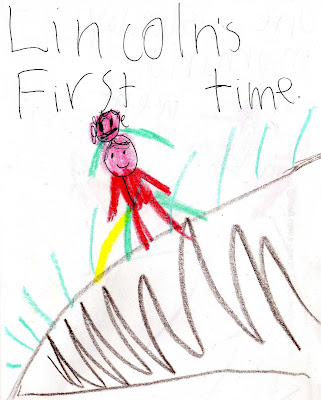 Oh, to be a boy. The world is your urinal! 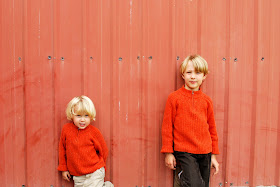